Posted on April 19, 2014 by NewHeavenOnEarth

The huge easter lily plant that I bought at Costco is full of buds that are bursting into trumpets announcing the new Birth of the new Royal Family!!! There is one Head of our Family: Christ/Love!!!! Such fragrance! Such pristine beauty! Pure white trumpets proclaiming new Life!

Three buds burst open over night! There are four buds green and ripe! The beautiful white trumpets have gold dust-like filaments with a white heart in the middle of the golden-yellow! So beautiful! The lush green of the leaves!

The original garden of Eden was beautiful, pristine and all our needs were met in perfect union with God. We were clothed with the White Light of God. The tree of the knowledge of good and evil was our downfall, we lost our Light Garment, we forgot our Creator and started worshiping the creation in myriad of ways: animals, birds, the sun, fallen angels, astral gods, and images/statues/likenesses of God. The human-initiated separation meant we had to work and toil, suffer, get disease, pain, problems, and death. Human beings became unconscious, asleep and the walking dead.

The tomb of Jesus was also in a garden. It was a new tomb and no one had ever been there before. The tomb was really a womb!!! It wasn’t about death, it was about going where no one had ever gone before into new Life as a new Creation! It was the disintegration of the old form to enter into three days of formlessness and transformation into a new Form, a new Creation!

Jesus was the LAST Adam. Christ Jesus was the firstborn from the dead; the first fruits of the new Creation! We are invited to be second-borns and second-fruits! This is the message of the Good News!!! 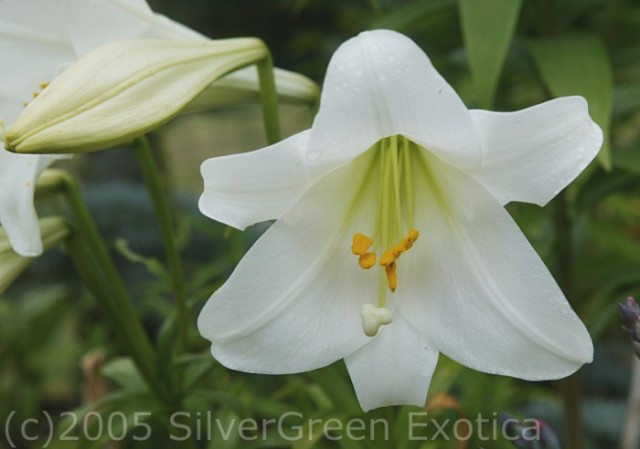 The Good News is we are back in a new garden as new Christ-like human beings and we have only been asleep to the Truth! The old form, the old creation, the Adam-type human being was turned to formless goo in the chrysalis of the tomb/womb in the garden. The formless Spirit of Christ went to the depths, filling everything of the old earth with the new earth substance/essence/seed.

On the third day, the new Form of the New Creation resurrected and forty days later ascended to above the highest heavens, filling all the heavens with the Spirit/Essence/Presence of the united Father and his Lamb, the two became one again. Ten days later, the Spirit of God fell and entered the “place of the skull” in receptive human beings and the new heavens on earth were born! The fire and Holy Spirit baptize human  beings into the new creation, the new Christ-like ones, the new Royal Family of God.

The new sons of God, the second-borns of the new creation, the fruits of Jesus’ righteousness, go about healing, delivering, setting free, and giving the New Form of the risen, ascended Christ to all who are open and receptive: spreading the Good News!

The Jesus seed had died and was buried in the dark earth; Christ’s New Form rose and ascended to new heights of consciousness/awareness/new states of Being and came back to earth as a new Form full of seeds that when planted in our “place of the skull” can produce fruit of the SAME LIKENESS. The seed must descend into the heart and burst into Light to radiate and fill the whole body with Light!

Apple seeds grow to be apple trees. Christ seeds grow to be Christ Trees: Trees of Life in the garden of the new heavens on earth with 12 kinds of fruit always in season, watered continuously by the River from the Throne: the Water of Life, with the green leaves for healing this world and her people!!!

Let the trumpets sound! Let the fragrance spread! Let there be Light! Let the seeds be grown! Let the fruit of Christ be eaten! Let the new trees of life multiply! With all creation, rejoice, sing, dance, wave, pulse, hum, revitalize, and shout for joy: the sons of God are finally awaking and will begin to manifest on the NHOEN more and more! It is NOW and yet to come!

Let the trumpets sound!!!! Rejoice with the easter lily! The seeds have sprouted, budded and are opening to flower! The flowers in the garden of the NHOEN are about to bring forth the New Fruit of Christ! Christ seeds can ONLY fruit as Christ-like and Christ-images! Go with Jesus from old form to formless to the new Form! Transform! Re-form! Turn, repent, for the kingdom of heaven is at hand! Open and Receive! Come!