Posted on November 9, 2016 by NewHeavenOnEarth 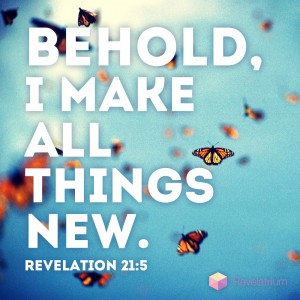 There has never been a greater need for the higher ways and thoughts of God! Jesus taught us to not judge by physical appearances but by RIGHTEOUS judgment. God judges the heart; only our Father knows when someone is ripe, ready and willing to break the husk of the world’s conditioning, go into the ground, die to the past and be raised into his vessel, a new creation made in his image and likeness, willing to do His Higher Will; ready for a new heaven and a new earth where righteousness dwells. Too many prefer the “devil you know” over the unknown new thing…

The dream I shared before about this election was a transfer of dirty laundry at the bottom of the picture and then above that a big black bull came in the room and created a ruckus, pawing and digging up “dirt” in the carpet to be seen. Then THE BULL opened a window in the ceiling…

If you only look at the dirt that was kicked up, or if you only look at the big bull, and miss the open window to heaven, you have missed the point! Crisis is BOTH danger and opportunity; what we do now is critical! The open window represents an opportunity to receive and be what has never been before: a new heaven and new earth where RIGHTEOUSNESS dwells through CHRIST IN YOU. Those who wanted the status quo, putting blinders on, putting their heads in the sand, believing the lies and deception, willing to eat the fruit of lies for 4 or 8 more years, have allowed the media to give them OPINIONS as fact, instead of the truth of the HEART of the matter.

It is no longer tenable to rely and depend on an external government, pay for play, hidden agendas and hidden darkness; saying one thing publicly and doing the opposite privately. The ruling shadow government had to fall so the people who are still asleep and blindly accepting the lies and deception handed to them, could WAKE UP and realize the government we need is not EXTERNAL, nor a president as savior, but TURN AND RECEIVE the internal government of Christ with Christ in you. He broke the yoke of our burdens, the staff and rod of our oppressors…

“For to us a child is born,
to us a son is given,
and the government will be upon his shoulder.
And his name will be called
‘Wonderful Counselor, Mighty God,
Everlasting Father, Prince of Peace.’
Of the increase and greatness of his government and of peace
there will be no end, upon the throne,
and over his kingdom,
establishing and upholding it
with justice and righteousness
from this time [NOW] forth and forevermore.
The zeal of the Lord of holy angel armies
will do this.” (Isaiah 9:6-7)

The external shadow government in bed with shadow religion has been colluding to keep you in the dark. But only a big BULL-Y could stir things up enough to open a new window for the LIGHT to come in and REVEAL the Truth and knowing the Truth alone will set us free!

This morning there was a BIG change in our weather. I went outside to do my devotions and there was a big tornado-like cloud in the sky with something unrecognizable and new coming from the top of the tornado, representing all that was stirred up in the election, and the NEW THING forming. Then the tornado-cloud morphed into a big fish ala Jonah and what was vomited up from the fish was spreading across the sky. America had been running away from the presence of God and got into deep trouble, culminating in a big stormy election, and the Truth got swallowed up in the rhetoric, spin doctoring, fixing, brainwashing, opinion forcing, political correctness, etc. But the TRUTH got vomited out over America and we all have the great opportunity to receive the government of Christ within, justice and righteousness, a NHOEN! But there are plenty of ANGRY Jonah’s wishing God had destroyed America instead of opening the window for a NEW THING! The anger is both Jonah’s who wanted America destroyed AND those who were deceived by the public mask of the Clintons and believed the spin-doctored Trump, neither were reality.

It is a critical time because it is more than time to wake up and take personal responsibility for our internal states. Instead of an external locus of control and expecting an external government to save you, it is time to turn within and accept the true eternal government of Christ in you, an open heaven to our Father and God who is the REAL, TRUE provider and protector of human beings. The Spirit of Christ Jesus is the inner transformation needed to begin to reflect externally across the earth; the crown of goodness we need to each put on, the glory shining from sea to sea we all need to wake up and begin to SEE!

God grew a plant over Jonah to protect him from the harsh sun of Truth he wasn’t ready to see, but when Jonah remained angry, a worm was sent to destroy the plant that was protecting him. Instead of ANGER, turn and receive the hope, optimism, faith, healing, comforting,  transformation and help of the Spirit of Christ Jesus who will come invited into your spirit and soul and body to bring you everything and more than an external government could ever do or be. The deepest desires of humankind are not only met, but satisfied and fulfilled in the Messiah God sent a couple of days ago! “Do not ignore this one fact, beloved, that with the Lord ONE DAY is as a thousand years, and a thousand years as one day” (2 Peter 3:8).

Today, this DAY, you can begin your thousand years of peace, the eternal  DAY of Christ! The ball is in your court! Receive the inner state of being of Christ in you: peace, joy, love, gentleness, goodness, kindness, patience, self-control and faithfulness; and let the fire of transformation and transfiguration, the light of Christ’s Spirit burn/consume the world’s conditioning/programming, allowing the seed of Christ to grow into a mature tree of life within you. OR stay in anger, disbelief, turmoil, depression, anxiety, distress and the worm will actively destroy the ALL-GOOD of God that is waiting patiently for you to TURN and RECEIVE!

God bless America! God bless “we the people”! God bless this land from sea to shining sea!!!!!!! All who are thirsty, COME! All who are sick and tired, COME! All who are hungry for justice, righteousness, TRUTH and freedom, COME! “Blessed are those who hunger and thirst for righteousness, for they shall be SATISFIED!” The Spirit and the Bride say, “COME!” take the water of life without price! take the Living Water of Christ into your desert wilderness of bewilderment and know the Truth and the Truth will set you FREE!

I am my Beloved's and He calls me His own!
View all posts by NewHeavenOnEarth →
This entry was posted in spirituality, transformation and tagged Christ in You, Elect of God, Election 2016, Election 5777, Freedom, Internal government of God, Justice, Kingdom of heaven on earth, Liberty, Light of Truth, New Beginning, New Heaven on Earth Now (NHOEN), new life, One nation under Christ in God, Politics, Re-form!, Rebuild, Regenerate, Renew, Revive, Righteousness, Spirit of Truth, spirituality, transfiguration, transformation, Truth. Bookmark the permalink.